Capathia Jenkins Joins The New York Pops Board Of Directors 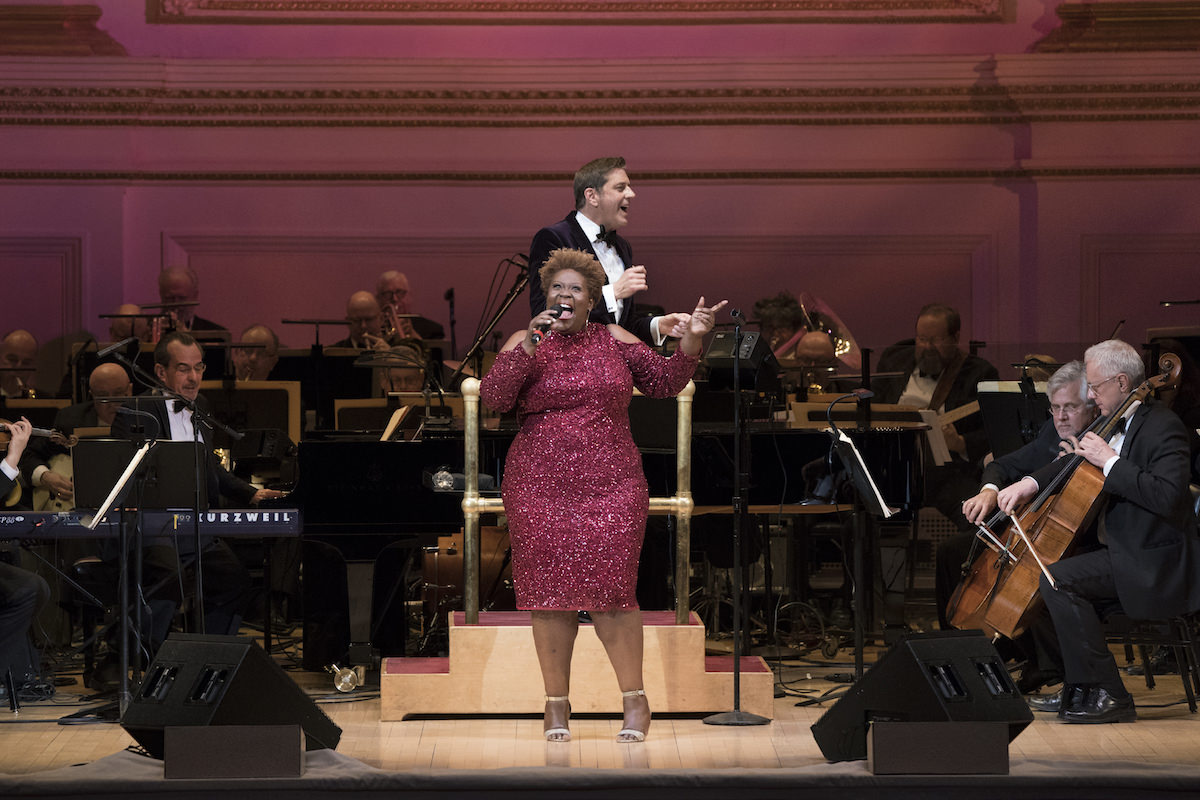 The New York Pops announces the appointment of Broadway star Capathia Jenkins to its Board of Directors. Capathia has previously appeared as a soloist with The New York Pops at Carnegie Hall on multiple occasions, including during the orchestra’s R&B celebration in February 2018.

“We are thrilled that Capathia Jenkins has joined the Board of Directors of The New York Pops,” said Chairman James A. Read. “She joins a dynamic group of individuals, across a diverse array of professions, that are committed to helping The New York Pops attain the highest artistic and educational standards.”

“Capathia’s charismatic stage presence and virtuosic talent are matched by her deep knowledge of the orchestral pops world,” said New York Pops Music Director Steven Reineke. “The New York Pops is incredibly lucky to be governed by industry leaders in all fields, and we look forward to Capathia’s wealth of experience enriching our organization.”

The Brooklyn-born and raised singer/actor, Capathia Jenkins, most recently released the critically acclaimed CD Phenomenal Woman: The Maya Angelou Songs with her collaborator Louis Rosen and they sold out the world-famous Birdland Theatre in NYC for 3 nights. She starred as Medda in the hit Disney production of Newsies on Broadway. She made her Broadway debut in The Civil War, where she created the role of Harriet Jackson. She then starred in the 2000 off-Broadway revival of Godspell, where she wowed audiences with her stirring rendition of “Turn Back, O Man”, which can still be heard on the cast recording. She returned to Broadway in The Look of Love and was critically acclaimed for her performances of the hits of Burt Bacharach and Hal David. Ms. Jenkins then created the roles of The Washing Machine in Caroline, Or Change and Frieda May in Martin Short: Fame Becomes Me where she sang “Stop the Show” and brought the house down every night. In 2007 she went back to Off-Broadway and starred in (mis)Understanding Mammy: The Hattie McDaniel Story, for which she was nominated for a Drama Desk Award. She was also seen in Nora Ephron‘s Love, Loss, and What I Wore.

An active concert artist, Ms. Jenkins has appeared with numerous orchestras around the world including the Cleveland Orchestra, Houston Symphony, Pittsburgh Symphony (with Marvin Hamlisch), National Symphony, Cincinnati Pops (with John Morris Russell), Philly Pops, Atlanta Symphony, Seattle Symphony, Utah Symphony, Minnesota Orchestra, Toronto Symphony, San Diego Symphony, the Hong Kong Philharmonic and many others. She was a soloist with the Festival ?eský Krumlov in the Czech Republic multiple times. Capathia had the great honor of performing in the “Broadway Ambassadors to Cuba” concert as part of the Festival De Teatro De La Habana. She has appeared several times at Carnegie Hall with The New York Pops and also sang in a Tribute to Marvin Hamlisch at the Library of Congress.